Did we cause global warming? 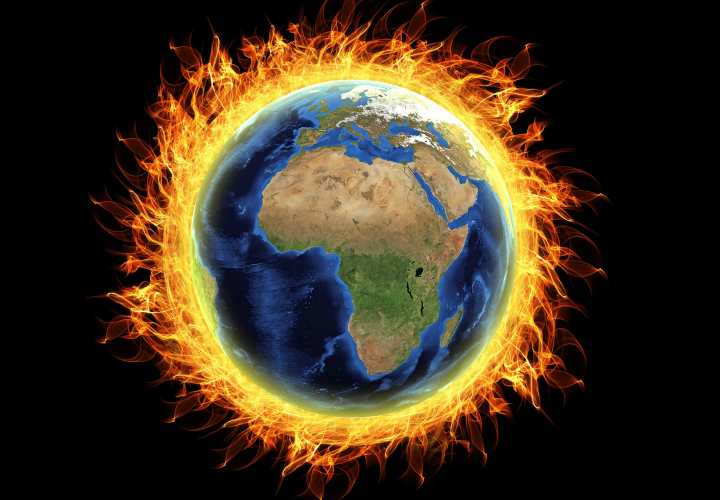 The politics of recent years has been on a direct collision course with scientific interpretation and public opinion on the issue of whether or not global warming and the rise in certain greenhouse gases are actually connected. In other words, did we humans and our industrial habits of the past century cause or contribute to the temperatures that we see today?

While I was trained as a geologist and worked in the industry from the mid - ‘70s through the mid - ‘80s, I am definitely not a climate scientist. So although the evidence confirming the cycles of warming is based upon clear geological data, I rely upon the same sources of information that you do to determine if, in fact, the human race is a significant factor in the warming that has occurred. For that data I go back to the record of carbon dioxide (CO2) and methane (CH4) in the atmosphere of the past.

The first long ice cores from the Vostok drilling project provided an unprecedented 150,000 - year history of the composition of gases from Earth's atmosphere, including greenhouse gases. The 1999 drilling has now extended that history to 420,000 years.

With these samples, scientists now have the opportunity to look at the big picture (150,000 years into the past), and then the really big picture (420,000 years back) to see precisely how the cycles of global temperatures and greenhouse gases play out. And the picture this data gives us is stunning.

From the analysis of the Vostok ice cores three types of data have been compared with one another  in order to find out the relationship, if any, exists between carbon dioxide (CO2), methane (CH4), and temperatures. While there is definitely a relationship between temperature and CO2, it may not be the one that the global-warming alarmists had hoped to establish.

According to the journal CO2 Science, scientists analyzing the cores made a remarkable discovery, one with a pivotal bearing upon the global-warming controversy: "Changes in atmospheric CO2 content never precede changes in air temperature, when going from glacial to interglacial conditions; and when going from interglacial to glacial conditions, the change in CO2 concentration actually lags the change in air temperature."

Another study, published in Science, leaves no doubt as to precisely what the findings demonstrate: "High-resolution records from Antarctic ice cores show that carbon dioxide concentrations increased by 80 to 100 parts per million by volume 600 ± 400 years after the warming of the last three deglaciations. " One additional technical note indicates just how far off the correlations between greenhouse gases and temperature have been: "The lag time of the rise in CO2 concentrations with respect to temperature change is on the order of 400 to 1,000 years during all three glacial - interglacial transitions."

So what’s the bottom line with respect to all of this data on climate change? How are we to answer the questions that introduced this section? Is climate change a fact? Have we caused global warming? In the absence of another source of information that suggests otherwise, the deep truth of global warming is as follows, according to the present data:

1. Global warming is a fact in modern times.

2. The cooling cycle that follows warming is also a fact in modern times.

3. Ice-core data shows that greenhouse gases, specifically CO2, are not the cause of global warming, as the higher temperatures precede the increase in gas levels by between 400 and 1000 years.

4. Ice-core data shows that CO2 levels have been as high or even higher than today over the last 400,000 years. There are no known industrial sources of these gases in our distant past.

5. We’re in a general cycle of warming that began about 18,000 years ago, as we emerged from the Pleistocene ice age. Historically, such warming cycles last between 15,000 and 20,000 years and are punctuated by brief periods of cooling, such as the Little Ice Age of the mid - 1800s. The cycles and data suggest that we are within the window of time when a cooling cycle can be expected, and we may now be entering one.