Heaven is a state... not a place

After fighting cancer for almost four years, my body – overwhelmed by the malignant cells spreading throughout my system – began shutting down. As my organs failed , I entered into an extraordinary near-death experience where I realized that we aren’t meant to forget who we are, and that life isn’t meant to be so difficult. It felt as though we made it tough here with our misplaced ideas and beliefs.

The internal understanding I received in that realm came as sort of an “imprint”, but if I put a voice to it, here’s what I would have been saying internally in that state: Ooh, so life isn’t supposed to be a struggle – we’re supposed to enjoy it and have fun! I wish I’d known this! Oh, so my body created the cancer because of all my dumb thoughts, judgments about myself, limiting beliefs, all of which caused me so much internal turmoil. Boy, if only I’d known that we’re just supposed to come here and feel good about ourselves and about life – just express ourselves and have fun with it!

I then had a sense of being encompassed by something that I can only describe as pure, unconditional love, but even the word love doesn’t do it justice. It was the deepest kind of caring, and I’d never experienced it before. It was beyond any physical form of affection that we can imagine, and it was unconditional – this was mine, regardless of what I’d ever done. I didn’t have to do anything or behave a certain way to deserve it. This love was for me, no matter what!

I felt completely bathed and renewed in this energy, and it made me feel as though I belonged, as though I’d finally arrived after all those years of struggle, pain, anxiety, and fear.

Now this part is a little hard to explain. But let me try. I had a question that was something like this: Why did something so big – like this terminal cancer thing – happen to me just for not realizing my own magnificence?

Simultaneously, I had this understanding: Ooh, I see – it didn’t happen to me, because in truth, I’m never a victim. The cancer is just my own unexpressed power and energy! It turned inward against my body, rather than outward.

I knew it wasn’t a punishment or anything like that. It was just my own life force expressing itself as cancer because I didn’t allow it to manifest as the magnificent, powerful force of Anita. I was aware that I had a choice as to whether I wanted to come back into my body or go onward into death. The cancer would no longer be there because the energy was no longer expressing itself that way but was going to be present as my infinite self. 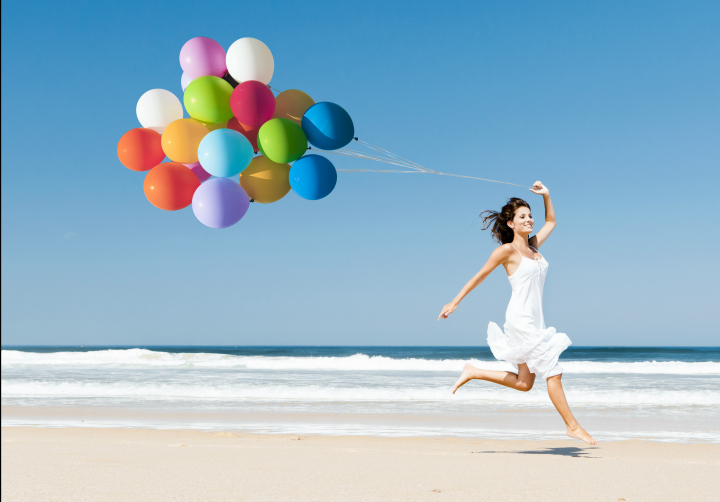 I came back with the understanding that heaven truly is a state and not a place, and I’ve found that bliss has followed me here to Earth. I know this sounds really strange, but I even feel that our “true home” is also only a way of being and not a location. Right now, I feel that I’m home. I have no desire to be anywhere else. It makes no difference to me now whether I’m here or in the other realm. It’s all just different parts of the experience of our greater, expanded, infinite, magnificent self. Our real home is within each of us and follows us wherever we go.

Tags: Love,  We are all Οne,  Anita Moorjani,  Near-Death Experience,  Dying To Be Me

World renowned for her near death experience and miraculous recovery, Anita spreads the powerful message of embodying love...